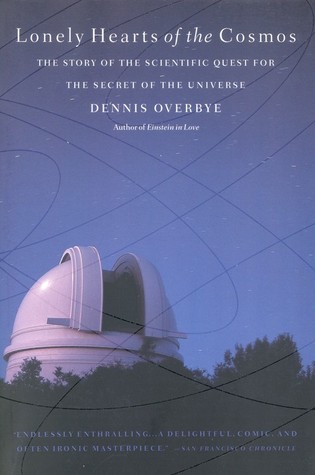 Overbye received his B.S. in physics from M.I.T.where he was a member of the Alpha Mu chapter of Phi Kappa Sigmain 1966. He started work towards a master's degree in astronomy from U.C.L.A. in 1970.

Overbye started his career by working as a scientist for Boeing and then other companies. In 1976 he became assistant editor at Sky and Telescope magazine. From 1976 to 1980 he was a senior editor at Discover Magazine. Subsequently, he embarked on a freelance career, during which time he published articles in Time, Science, The Los Angeles Times, and The New York Times, among other publications.

He has written two books: Lonely Hearts of the Cosmos, about scientists and their quest to understand the universe, and Einstein in Love, dealing with Albert Einstein's youth and the controversy surrounding the degree to which Einstein's first wife, Mileva Mari, contributed to the theory of relativity. He joined the staff of The New York Times in 1998 as deputy science editor, then switched to full-time writing. In 2014 he was a finalist for the Pulitzer Prize for Explanatory Reporting.