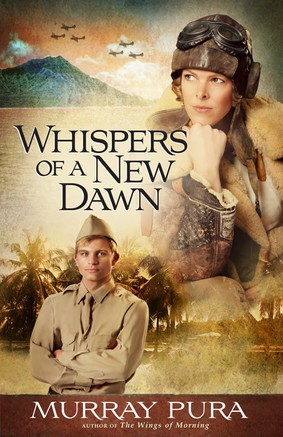 Whispers of a New Dawn Reviews

Murray Pura was born and raised in Winnipeg, Manitoba, Canada, just north of the Dakotas and Minnesota. His first novel was released in Toronto and was a finalist for the Dartmouth Book Award. He has been a finalist for several awards in the US and Canada and in 2012 won the Word Award of Toronto for Best Historical Novel. Murray lives and writes in Alberta and is currently published by Barbour, Baker, Harper One, Zondervan, Harvest House, Harper Collins and Harlequin. His diverse writing spans many genres including: historical fiction, contemporary fiction, literary fiction, romance, adventure, western, suspense, fantasy, Amish, and inspirational. His most recent releases include Petals (2016); Beautiful Skin (2016); All My Beautiful Tomorrows (2017); Gettysburg, Pennsylvania (2018). Murray has traveled extensively and lived abroad including such places as: Scotland and the UK; Ireland; France; Belgium; Holland; Germany; Switzerland; Austria; Czech Republic; Slovenia; Italy; Greece; Israel; Egypt; Iran; Afghanistan; Pakistan; Nepal; India; California; New Mexico.

He also writes under the name: Murray Andrew Pura