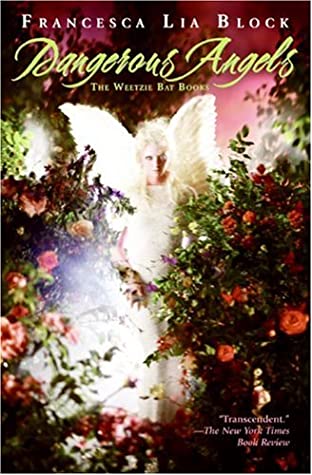 Love is a dangerous angel...Francesca Lia Block's luminous saga of interwoven lives will send the senses into wild overdrive. These post-modern fairy tales chronicle the thin line between fear and desire, pain and pleasure, cutting loose and holding on in a world where everyone is vulnerable to the most beautiful and dangerous angel of all: love....

Francesca Lia Block is the author of more than twenty-five books of fiction, non-fiction, short stories and poetry. She received the Spectrum Award, the Phoenix Award, the ALA Rainbow Award and the 2005 Margaret A. Edwards Lifetime Achievement Award, as well as other citations from the American Library Association and from the New York Times Book Review, School Library Journal and Publishers Weekly. She was named Writer-in-Residence at Pasadena City College in 2014. Her work has been translated into Italian, French, German Japanese, Danish, Norwegian, Swedish, Finnish and Portuguese. Francesca has also published stories, poems, essays and interviews in The Los Angeles Times, The L.A. Review of Books, Spin, Nylon, Black Clock and Rattle among others. In addition to writing, she teaches creative writing at University of Redlands, UCLA Extension, Antioch University, and privately in Los Angeles where she was born, raised and currently still lives.