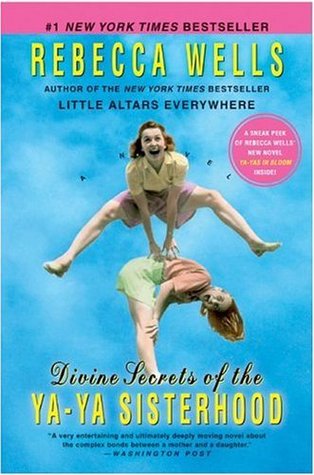 Rebecca Wells was born and raised in Alexandria, Louisiana. I grew up, she says, in the fertile world of story-telling, filled with flamboyance, flirting, futility, and fear. Surrounded by Louisiana raconteurs, a large extended family, and Our Lady of Prompt Succors Parish, Rebeccas imagination was stimulated at every turn. Early on, she fell in love with thinking up and acting in plays for her siblingsthe beginnings of her career as an actress and writer for the stage. She recalls her early influences as being the land around her, harvest times, craw-fishing in the bayou, practicing piano after school, dancing with her mother and brothers and sister, and the close relationship to her black mother who cleaned for the Wells household. She counts black music and culture from Louisiana as something that will stay in her bodys memory forever.

In high school, she read Walt Whitmans I Sing the Body Electric, which opened her up to the idea that everything in life is a poem, and that, as she says, We are not born separately from one another. She also read Howl, Allen Ginsbergs indictment of the strangling consumer-driven American culture he saw around him. Acting in school and summer youth theater productions freed Rebecca to step out of the social hierarchies of high school and into the joys of walking inside another character and living in another world.

The day after she graduated from high school, Rebecca left for Yellowstone National Park, where she worked as a waitress. It was an introduction to the natural glories of the parkmountains, waterfalls, hot springs, and geysersas well as to the art of hitchhiking.

Rebecca graduated from Louisiana State University (LSU) in Baton Rouge, where she studied theater, English, and psychology. She performed in many college plays, but also stepped outside the theater department to become awakened to womens politics. During this time she worked as a cocktail waitress--once accidentally kicking a man in the shins when he slipped a ten-dollar bill down the front of her dressand began keeping a journal after reading Anais Nin, which she has done ever since.