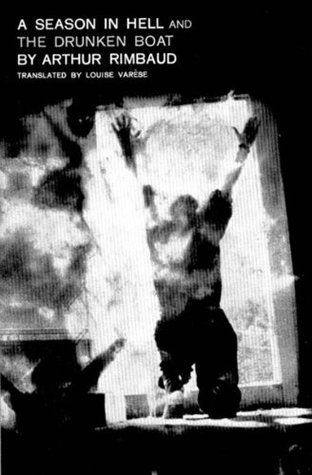 French poet and adventurer, who stopped writing verse at the age of 19, and who became, after his early death an inextricable myth in French gay life. Rimbaud's poetry, partially written in free verse, is characterized by dramatic and imaginative vision. "I say that one must be a visionary - that one must make oneself a VISIONARY." His works are among the most original in the Symbolist movement. Rimbaud's best-known work, LE BTEAU IVRE (The Drunken Boat), appeared in 1871. In the poem, he sent a toy boat on a journey, an allegory for a spiritual quest.

It is found again.
What? Eternity.
It is the sea
Gone with the sun.
(from 'L'ternite', 1872)
Arthur Rimbaud was born in Charleville, France, as the son of Frderic Rimbaud, a career soldier, and Marie-Catherine-Vitale Cuif, an unsentimental matriarch. Rimbaud's father left the family, and from the age of six, young Arthur was raised by his strictly religious mother. Rimbaud was educated in a provincial school until the age of fifteen. He was an outstanding student but his behavior was considered provocative. After publishing his first poem, in 1870, at the age of 16, Rimbaud wandered through northern France and Belgium, and was returned to his home in Paris by police.