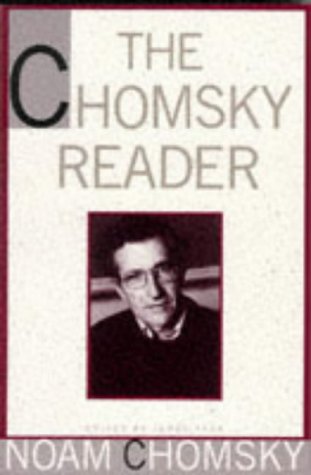 Avram Noam Chomsky is an American linguist, philosopher, political activist, author, and lecturer. He is an Institute Professor and professor emeritus of linguistics at the Massachusetts Institute of Technology.

Chomsky is credited with the creation of the theory of generative grammar, considered to be one of the most significant contributions to the field of linguistics made in the 20th century. He also helped spark the cognitive revolution in psychology through his review of B. F. Skinner's Verbal Behavior, in which he challenged the behaviorist approach to the study of behavior and language dominant in the 1950s. His naturalistic approach to the study of language has affected the philosophy of language and mind. He is also credited with the establishment of the Chomsky hierarchy, a classification of formal languages in terms of their generative power. Beginning with his critique of the Vietnam War in the 1960s, Chomsky has become more widely known for his media criticism and political activism, and for his criticism of the foreign policy of the United States and other governments.

According to the Arts and Humanities Citation Index in 1992, Chomsky was cited as a source more often than any other living scholar during the 19801992 time period, and was the eighth-most cited scholar in any time period.